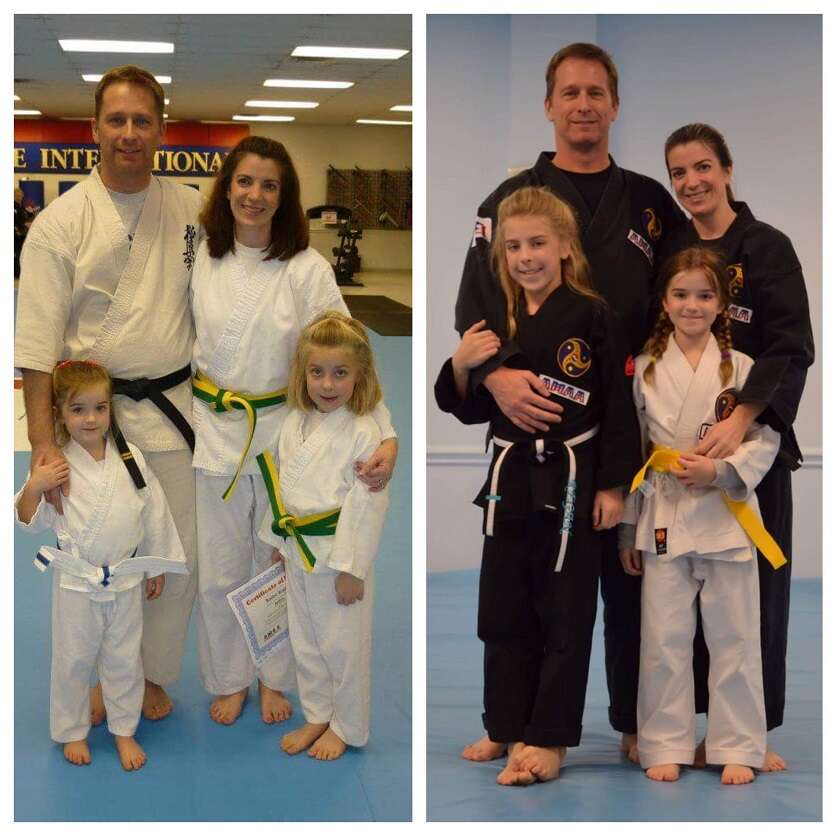 EVERYONE IS ON THEIR OWN JOURNEY IN KARATE

Jackie started in Karate, the same day as the rest of her family.  Her Dad had some Karate prior experience, years before and was already a Black Belt, but her Mom and sister started as beginners.  They all started classes in December of 2011.

Dad-Jim and Mom-Kerry, both attended class multiple classes per week and worked very hard towards their goal of Black Belt.  Jim earned his Black Belt in November of 2013 and Kerry earned her Black Belt in December of 2013.  Kaitlyn had taken a little time off during the school year at first, but got back in and worked hard to receive her Junior Black Belt in July of 2015.

Jackie was another story.  She decided shortly after starting, that Karate was not her thing.  I can’t tell you how impressed I was with Jackie while the rest of her family pursued Karate.  She was content to sit in our family chairs in the lobby and read a book.  I thought about it, more than once, about how she enjoyed her time reading.  It was usually a book about two inches thick.

As her family continued to pursue Karate, with Jim and Kerry both moving on to 2nd Degree Black Belt in 2015, Jackie was content with swimming, dance and other activities.  Something happened in 2015, though.  Maybe it was her sister getting to Black Belt and her parents getting to 2nd Degree Black Belt.  In any case, in late 2015, Jackie decided that maybe it was her time.  She earned her first colored belt of Gold Belt, just before Christmas in 2015.

“After a few years of family training, it is awesome having all three of my girls knowing martial arts!  A little less stress for Daddy”, Jim recently said.  Jackie is now on her path to Black Belt, but she did it when she was ready.  The martial arts help us all, but in different ways and different time schedules for each person.  As martial artists, we all learn pretty quickly that we are on our own journey and there is no correct path or specific time to get to Black Belt.  As a matter of fact, once you reach that coveted goal of Black Belt, you inevitably learn that Black Belt is the beginning of a new journey.